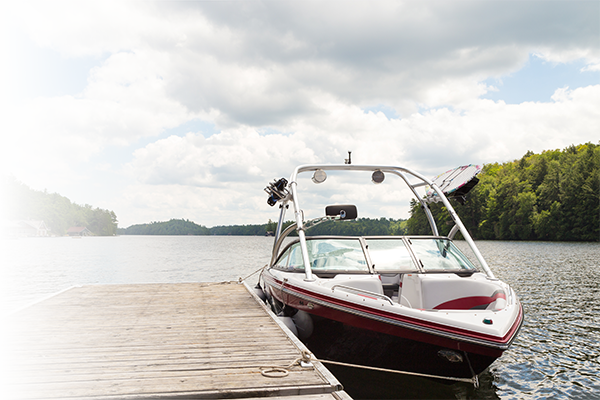 Causes of Boating Accidents in Ontario

Ontario is home to hundreds of thousands of lakes and over 100,000 kilometres of river, making it a paradise for recreational boaters. From the veritable inland seas that are the Great Lakes in the province’s south to the maze of waterways checkering its north, roughly one-fifth of the world’s fresh water can be found in Canada’s most populous province.

Although boating in Ontario is not policed as tightly driving, boaters are subject to the same rules and restrictions as motorists. Just like on the road, there are regulations against speeding, reckless driving, intoxication, and other risky behaviours on the water. In fact, the relationship between boating and driving laws is so close that infractions on the water can affect your driving record.

With that in mind, here are some of the main causes of boating accidents in Ontario:

If you’ve been injured in an accident involving any of these factors, contact a Toronto boating accident lawyer to review your legal options.

Though most boating accident injuries are fairly mild, serious and even life-threatening injuries are not uncommon. The most serious injuries often occur during high-risk behaviour – reckless boating, speeding, etc. – but boating deaths have occurred on quiet canoe rides, as well.

Some of the most common forms of boating accident injuries include:

Anyone who has experienced one of these injuries as a result of the negligence or misconduct of another boater should immediately consult with an experienced personal injury lawyer. You may be entitled to compensation for the damages you have suffered.

Other Cases
That We Handle

Road safety is a hot topic in Toronto, for good reason: traffic fatalities in the city have surged in recent years. ATV and off-road vehicle accidents are a seasonal point of concern for law enforcement, too. But boating injuries are often overlooked in discussions about safety concerns in the province. As any Toronto boating accident lawyer can attest, this is a glaring omission.

How a Toronto Boating Accident Lawyer Can Help

Despite the close relationship between boating and driving laws, boating accident injury victims have fewer options than people hurt in motor vehicle collisions. The primary reason for this gap is the lake of no-fault accident benefits available under Ontario’s statutory accident benefits schedule. To complicate matters further, Ontario boaters are not mandated to insure their watercrafts, so recovering compensation can be challenging even when a person is deemed liable for your injuries.

If you or a member of your family have been injured in a serious boating accident, a Toronto boating accident lawyer may be able to help. Most personal injury lawyers in Toronto offer free, no-obligation consultations where you can discuss the specifics of your injury and review your legal options. Most also offer services on a contingency basis, meaning you will not be asked to pay legal fees until your claim has been successfully resolved and your compensation delivered. If the lawyer is unable to secure compensation, you will not be asked to pay fees.

Neinstein Personal Injury Lawyers has been representing seriously injured accident victims in Ontario for decades. Our experienced team understands the grave physical, mental, emotional, and financial challenges that accompany life-changing injuries, and are committed to providing access to compensation that reflects the scope of those challenges. Reach out today to arrange your free consultation and learn how Neinstein Personal Injury Lawyers can help you on the road to recovery.

It is the job of a personal injury or accident lawyer to represent the victim in the civil justice system. This may involve everything from collecting evidence and filing claims to representing the victim in mediation, arbitration, or in court.

“Retaining Greg and his firm was the best decision I ever made, I felt supported through each step which made the recovery process much easier.”
Ra Sri
“Michelle Kudlats walked me through the confusing legal process and spoke realistically about the outcome. … She was able to negotiate a settlement beyond what we had initially expected [sic].”
Kate Clifford
“[The] team were there from the 1 st day after the accident. … The settlement was above and beyond what my brother and I expected.”
George Voutselas